The gift given to the world - a reasonable hope 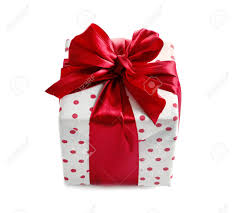 Hopeful people populate both our readings from the New Testament this Sunday. The lesson from Acts tells us that a fellowship of believers had sprung up in Samaria. This was good news concerning the progress of the Gospel which reached the Apostles in Jerusalem who then sent Peter and John down to ensure that the new believers were properly ushered into the work of God through the baptism of the Holy Spirit. In the Gospel reading a group of eager enquirers are pointed by John the Baptist away from himself and in the direction of God's coming Messiah who makes his appearance on the banks of the Jordan River at the end of the passage.

Hopefulness? Are you gripped by it sometimes? Do you remember at least what it felt like? Was it a feeling? A disposition? A state of mind? That glimmering sense of something good around the corner? Easier for some folks perhaps than for others.

You might even vaguely resent the human actors who are ushered into your dream world telling you "This way, not that way!" or "Hope for this and not for that". Who are they to rain on your parade or to nudge you this way or that? It's what teachers, preachers and prophets are sometimes known to take themselves for - the managers and gestionnaires of other people's hopes and fears. Fair cop, I suppose. We should presume to supervise less. But...

The Christmas season which has just ended and the season of Epiphany which now begins is all about the hopes of the world being met in Jesus Christ who is God's gift not only to his ancient people but his gift given freely to the whole world. God responds to the needs of his creation by acting in time and space in the real world we inhabit. It bears saying that Christian hope is not a matter of maintaining a sunny disposition or being the type of person who can see the silver lining around any cloud. Being that sort of person is a matter of having inherited the right genes or being raised in the right sort of environment. Some of you will never be naturally chirpy. And that's okay. Christ came to save the grumpy and the gloomy too.

In line with our personalities or even in spite of our personalities God has given us sufficient reason to hope and someone to hope in. This is the dawn, the time of new things. Men and women across the ages have found their lives and have come to their senses in the light of the Good News of what God has done for the world and continues to do through the Holy Spirit. Wholeness and purpose - reconciliation between God and humankind - deep peace and confidence: These are not unreasonable hopes.

The prophet on the river bank directs those hopes of yours towards the one whom God has sent. Disciples travel from Head Office to pray with you for the spiritual strength to accomplish the task. You're part of a hopeful community. And yes, we would rather help than interfere. But even if we get it wrong you are not alone.