Showing up for good news and bad.

The Second Sunday of Advent
Year B

Mark’s Gospel says that that John “appears” in the wilderness.  What an odd verb in English.  It’s like he pops up out of the sand.

In any case - he’s there, anyway, ahead of the action, like a “roadie” setting up the microphones before the concert.  Or somebody laying the table for a meal before the guests arrive.

Mark is the earliest Gospel - the Gospel which Luke and Matthew had in their hands when they wrote their own and, as an introduction to Jesus and his public ministry, it is awfully abrupt.   Where are the shepherds?   Where’s King Herod or the hasty flight to Egypt?    No, just a man - in the desert - setting the stage.  John doesn’t even get the first word in after the title phrase - that job is given to the prophet Isaiah.

2As it is written in the prophet Isaiah,
“See, I am sending my messenger ahead of you,
who will prepare your way;
3the voice of one crying out in the wilderness:
‘Prepare the way of the Lord,
make his paths straight,’” 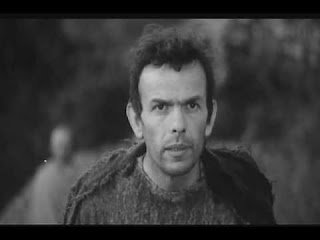 In fact it’s a mix of Isaiah’s “voice in the wilderness” with something which Malachi said about a “messenger” or maybe even something taken from the Book of Exodus about an “angel” leading the way.  If you follow these source readings back, you will find the recurring theme of things not being allowed to continue as they were.  In the Book of Exodus, God says the Terror and Pestilence will precede his leading angel.  Isaiah has the revolutionary idea that the mountains will tumble, and valleys be lifted up.  Malachi promises not only the cleanliness following the liberal use of a “fullers soap” but the purity which only a refiner’s hot fire will be able to deliver.  The process of change is not going to be easy.  The world will be scrubbed, burnt and turned on its backside.  John says more or less the same thing in his preaching:

"The axe is laid to the root of the tree."

A day of reckoning is at hand.

When the registered letter was delivered to you by the postie, she had a smile on her face.   You passed the time of day over the fence but you knew (and she knew) that good news never arrives by registered mail.

A little man from the Prefecture showed up with a measuring tape to check that your doors were the regulation height.

The inspector from Weights and Measures had a measure of volume to see if you were selling full litres of gasoline for the announced price.

Someone demanded to see your underwear drawer.

"We’ll need a character reference from your last love interest", said the person with the clipboard.

"A performance evaluation has been scheduled for you at work next week.  We thought you should know."

You get my drift.  It’s that sort of day.  You remember that it was late afternoon when you got the news. The sun was shining.  You can even remember what you were wearing when word came to you.

Not everyone is broken hearted, mind.  Someone, somewhere, is rejoicing.  Remember that John’s words to the Pharisees:

“You brood of vipers!”

is only one end of the spectrum of readings this Sunday.  The earlier reading is from Isaiah 40:

Like the folks who’ve been bumping their heads on your low doors, like the customers at your gas station who’ve suspected for years that you’ve been giving short measure but you’re the only gas station in the village.  Your spouse has complained bitterly that your ties and your jack-knife don’t belong with your underwear.   And that last love interest of yours?  She thinks you’re a jerk and wouldn't mind at all if the day finally came when you were called for it.

What about that performance evaluation, anyway?  Maybe it’s just the ticket.  Your co-workers think you get away with blue murder.  They know how bad it is for morale on the floor.  Bad news for you is good news for them.

But why is it not good news for you too?

It would be – there are people who love you who believe it could be -  if you’d agree to let the knife carve away what is rotten and hurtful, wasteful and frivolous.  If you’d look beyond your own interests

It is a terribly difficult thing to do but we shouldn’t be dramatic.   People do it all the time.   Choices become clear when light increases and they also become possible.

You could always run away,
you could hide,
or resist
or pretend
or just not show up

and so avoid being laid bare by this amalgam of good news and bad but people are, in the main, pretty courageous.   They both tolerate, and sometimes even dig up from within, honest reappraisals of themselves.  Like I said – people do it all the time.

I jotted these words down earlier in the week.  Maybe I get them wrong.  John is not performing the opening act for some process of self-improvement for moderns.  That would be twisting this reading out of its context and I don’t want to do that.  He is, in fact, announcing a dramatic turn in history where God approaches his people and where an unexpected cast of characters open themselves to that approach.  They show up - in droves.  The usual suspects and the unusual.  They permit themselves to be laid bare.  They express acts of repentance and demonstrate their faith.  They are not only witnesses but they become participants as Creation is reformed restated and reinstated in its beauty.

Who will be in attendance?
Who will show up?
Who is not allowed to come?

Subsequent chapters of Mark’s Gospel have Jesus preaching and telling parables.  In village squares, on hillsides, in private homes - to individuals - to groups.  He’s fishing.

For you?
For more deserving people than you?

He’s casting his net into the lake.  He’s chucking out his lure into the sea.  He’s throwing out the option to come out and be present and be part of God’s Kingdom.  And nobody – no matter how compromised – is excluded from the invitation.

You could be there.

At long last, it could be good news for you.  If you are hungry enough to be part of that movement in human history, you will be there.  In spite of yourself and in spite of your experience the last time you tried.   You could be so struck by the prospect of life that all your excuses for being a no-show could wither away.

When the scrubbing is done and when the fire has done its work in you, you won’t be missing much.   You will have gained everything.