The idea of fire as an agent of cleansing and renewal appears twice in this passage from Luke’s Gospel.  Useless trees, which bear no fruit, are cast into the fire.  The empty hulls of grain – the chaff – is burned at the end of the harvest leaving the good grains to be bagged and taken into the larder.  We are familiar with one term from this passage – The Baptism by Fire – which we have incorporated into ordinary language to describe any event which seems destructive and hostile but which ends up fitting and preparing us through the ordeal it produces.

When you drive through northern British Columbia and the Yukon Territory along the Alaska Highway (which in my day was nearly all gravel for the 920 miles between Dawson Creek and Whitehorse) you pass through areas which have been recently burned over.  The burnt ground is dotted about with blackened stumps.  It speaks of death and destruction.  If you give it some thought, however, you might be struck by how this section of the forest is now a sunny spot for the first time and standing on what was once the forest floor you can now see the sky.  As you drive along for a few miles more you encounter areas which were burned over a year ago.  Fireweed grows in tremendous abundance, filling in the spaces that have been left.  As you drive further you pass areas which were burned over five years ago.  Small poplars are growing, their leaves shimmering like paper coins in the breeze.  Further on the conifers are new and still small in areas which were burned over a decade ago.  Every hillside around you with its bands of old conifers, fireweed, poplars and new conifers and bear witness to the regular and periodic cleansing of the land through fire.

You – the men and women, the boys and girls of Christ Church Clermont-Ferrand – are being invited by God to repent, to return and to be renewed.  The Advent scriptures come with both promises and warnings because nobody can assume that the new life could simply be added to what we have 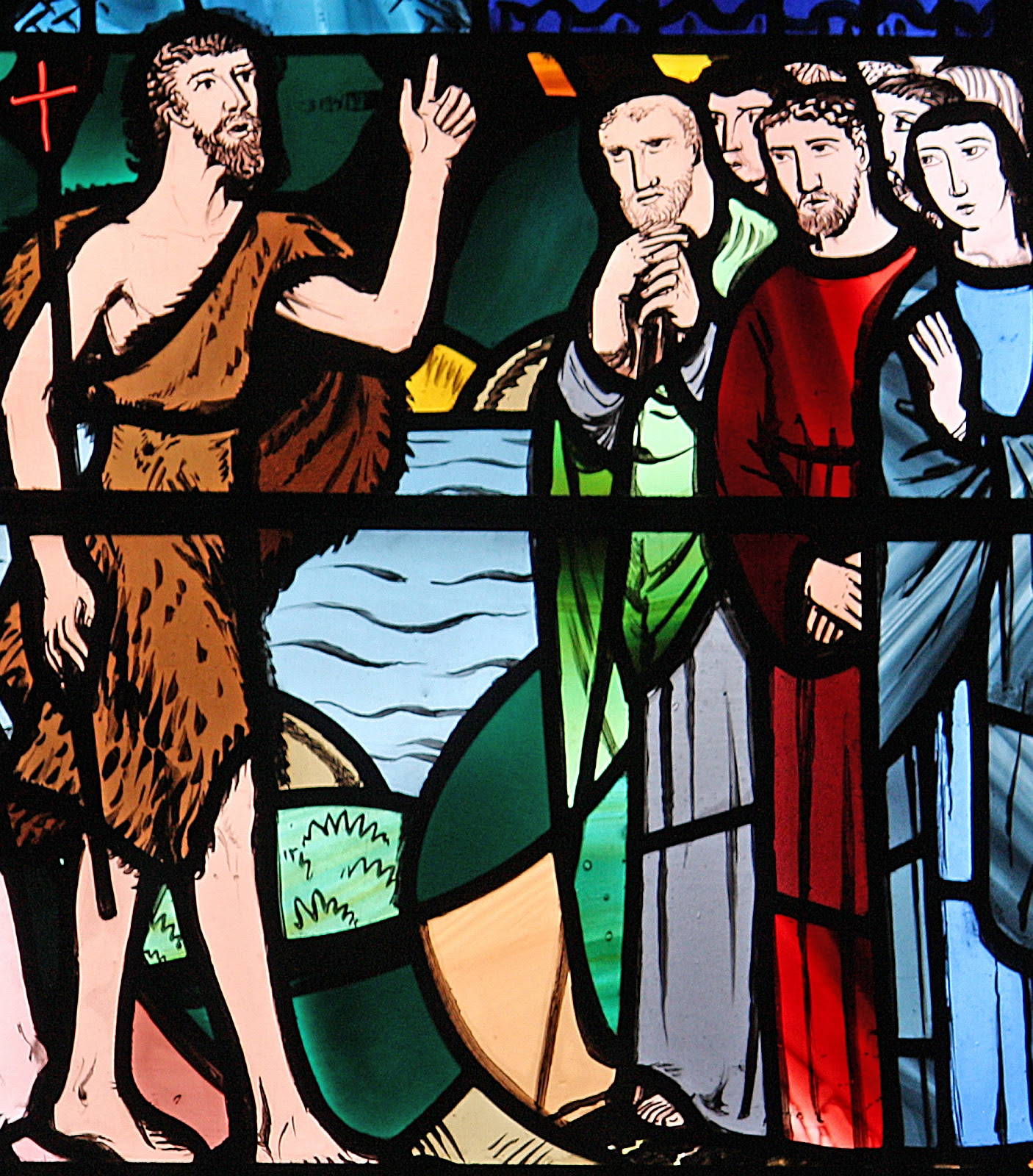 already acquired and collected around ourselves over the years.  The natural man will suppose that the promises of new life are extra bits – options if you like - that might go nicely with what we already have.   As you approach the river you should expect to hear loudly that this is not so.  The prophets will all tell you that burdens must be dropped to the road side, taken off our shoulders, stripped and even burned away.  Where most of our baptisms of fire are involuntary misadventures that come our way by chance or ill luck.  They fall on us. Your invitation here is something of a quite different order:  you are being invited to enter into the Good News quite voluntarily, to undertake the necessary process of leaving behind what has held back the new growth you desire.

John the Baptist is telling you quite roughly that you need to decide.  Do you want to see the sky again?   You may need to permit some  branches be burned away.