When the LORD restored the fortunes of Zion,
then were we like those who dream

What would such a restoration of our fortunes look like? An individual winning the Euro-Millions Lottery or a like-minded community witnessing their political party restored to power? The restoration of God's people would have what sort of substance, exactly? For the people of Israel in exile in Babylon restoration meant something quite palpable - a return for them and their children to 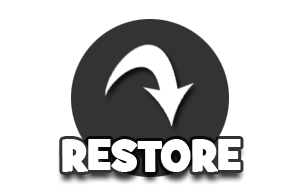 their historic lands, the restoration of faithful Jewish worship and a safe existence behind their own walls with political and religious leaders of their own choosing. They could have written you a list - items A to F - nothing mysterious there.

The New Testament, as you know, makes no promise of land. The land as the cardinal possession of God's people pretty well disappears in the Gospels and Epistles. Christ's followers are to be sent into the whole world and are to be at home wherever the Spirit of God sends them. Jesus doesn't put a lot of stock in safety, either, or in political strength and stability. Preserving one's life, he says, can be the route to the ultimate loss of one's soul. No gain there, then. Knock these off the list. Are we left only with intangibles; an invisible sense of personal fulfillment or an inner verdict that "things aren't so bad after all"? It's a safe position. Nobody could prove us wrong (don't we all feel good sometimes?) but the promises of the Kingdom of God here are short-changed. Jesus says the Kingdom is "around us" or "within us" or "among us" but he does not say that it lacks substance or evidence. It can actually be found like a treasure in a field, or like a pearl of great price or a lost coin recovered after the homemaker's mad scramble with a broom. It is a thing and not merely a sentiment. You should be able to tell whether you're part of it or not, or at least whether you're on the right path.

So where do we start?

Jesus' words and actions point to the substance of the Kingdom. Through parables and pronouncements, healings, miracles and the lifting up of wine and broken bread, Jesus shows us what the Kingdom looks like:


Can this substance be found in your church, your home or your life? Give thanks if it is. If not (or if not enough) then let this first verse of Psalm 126 be for you a statement of your longing.