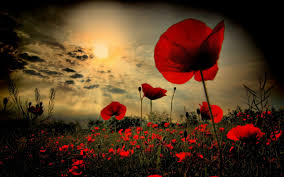 Rob, a clergyman in the Church of England, to the congregation of the faithful who gather in Rome.  Grace and peace to you from God our Father and from the Lord Jesus Christ.

It has come up a few times in discussion in what form Paul’s letters would have been communicated to the congregations they were directed to and I suppose the answer is that it would be something like this.  Some worthy of the congregation would be relegated the task of reading a letter as Andrew is doing today and so you will excuse the cheeky Pauline introduction to this small reflection.  How would it have been done?  A bit like this, then, in case you were wondering.

You’ve noted that I’m not with you this morning.  Caireen and I were participating at a funeral north of Rome last week and there we came into contact with a family who subsequently tested positive for Covid19 and so our doctor has asked us to quarantine for a period of ten days following the day of contact to see if anything develops and, whether it does or doesn’t, at the end of that time (i.e. on the 13th of November) we would take a swab test and, hopefully, re-emerge into society with our ducks all in a row and a negative result.  I am happy to see a service proceeding in my absence – it’s a mark of our willingness and ability to continue to provide ministry in difficult times and I pray God’s richest blessing on you all.  Grace and peace to you – as St Paul is wont to say….

In another life I was the chaplain to the Canadian Grenadier Guards in the city of Montreal.  One of the tasks of the chaplain to the Guards in Montreal was, of course, to preach at the annual church parade each Remembrance Sunday at Christ Church Cathedral in Montreal.  A certain beardy portion of the cathedral congregation would take that particular Sunday off because they objected to what they called “Gun Sunday” and would miss out, as far as I was concerned, on the ministry of hospitality in the opportunity afforded by the presence of up to 250 young men and women plus a whole wack of cadets and their families,  from a variety of backgrounds among Montreal’s diverse community who really considered themselves, in some way, a part of the Cathedral community and who, when they walked along Ste Catherine street would look up and say to themselves that this was their church.

That was one side of the equation.

On the other were a number of people – including one Honorary Colonel – who came to church once a year expecting to hear about the young and glorious dead and the place of God in leading and championing the spread of the British Empire throughout the world.  My well-honed ability to disappoint many different people simultaneously got a thorough airing on Remembrance Sundays in Montreal.  The honorary Colonel would inevitably ream me out about my sermon when we gathered in the Officers’ Mess every year after the service.  I’d need a second whisky.

Most of our soldiers in Montreal, you see, were not involved in armed conflict.  Canada has provided peacekeepers in various parts of the world in modern times but has not been involved in as many conflicts following the Korean War under its own flag as other countries and we did, in fact, have a regular army.  A number of our reservists at the Guards were serving, in my day, in blue berets and with significant distinction in Bosnia-Herzegovina and, at around the time I left the regiment, were preparing to do the same in Afghanistan.  Others had served in the role of assistance to the civil powers in times of natural disaster.   I did not want to disappoint our soldiers.  I trust I didn’t.  I hope I did not disappoint the ordinary parishioners of the Cathedral either, who would leave the church that day with choices to make about how they lived – and the degree to which the conscious decision to engage, and in fact, to suffer in the midst of their generation, in the midst of their families is the key to every forward step in their relationships, in their citizenship, in the effectiveness of institutions they worked with and for. It is the legacy that we leave even to the youngest members of our congregation gathered here this morning – to the children of this congregation and to the children visiting us this morning.

And this would be the lesson:

The decision to preserve self at all costs necessarily leaves others bereft and weakens the self we thought we would protect.  The decision to stay away from the often-ambiguous movements, conflicts, challenges involved in advocacy, in the protection of the weak, might well stem from a desire for simplicity and cleanliness – let us do nothing which will have unintended consequences, in which mistakes will be made, in which we might be said, at the end of the day, to have mis stepped.  We are so used to second guessing the soldiers, the administrators, medical practitioners, the social workers, the social engineers of past generations and yes – we are amazed that some of them could have missed the mark as badly as they did.

Above all we must do no harm, we say, and so we do very little.

And, inevitably we find ourselves in the situation of screaming out when the world is lacking intervenors, lacking responsible adults to work on the basis of the best probability of forward progress that the world is an intolerable place for some folks.  We are ashamed.  We say “Something must be done”.

Who will do it?

In these stories told of young people, who left the relative comfort and stability of hearth and home and who found themselves in another place and at peril, there is a parable of what you – who are not facing the prospect of a life in uniform and under orders from other people in uniform – will nonetheless need to do in order to care for your city, your children, the stranger in your midst, the unjustly treated in your place of work.  You will need to take risks.

As much as your integrity is imperilled by the possibility that you will not own the entire process, your integrity demands the exercise of such love on your part – a love which sacrifices yourself and your certainty.

As much as your comfort could be lost you will have no comfort in seeing the opportunity missed and squandered.

What did you do in the war?  In the war against injustice, in the struggle for equality?  In the war against everything that makes your city an unfriendly place and leaves its people without community?  Were you on the outside – even because of your scruples – or were you there with your lamp lit and charged with oil?  Ready to burn brightly in the challenge your decade brings to you.

In the name of the Father and of the Son and of the Holy Spirit.  Amen