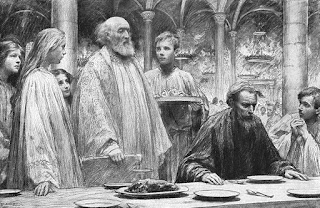 The day before my wife and I got married, I went to my then church as usual to say the daily Mass. I hadn’t checked the readings in advance, and only as I began to read the Gospel appointed in the daily Lectionary, did I realise what it was: the passage we have just heard. I confess I struggled to make it to the end with a straight face; and my secretary said to me afterwards, I’d better make sure I’m properly dressed tomorrow!

It’s a passage that continues a series of parables directed principally at the Jewish leadership of Jesus’ day, and their refusal to acknowledge his claims. Already he has likened them likened to a disobedient son who says yes to his father, but fails to do the work he promised to do, and to rebellious tenants who not only fail to hand over their produce but abuse the land owner’s servants and kill his son when they are sent to collect it. And now, they are guests who, having said yes to an invitation to a wedding banquet refuse to show up when the day comes.

The story reflects the practice of the day. An invitation would be given some time in advance of the event itself. You could accept or decline; but the invitation itself was an honour. Closer to the day, a reminder would go out to those who had said yes: You remember that invitation you accepted? Well the time has come. Get ready. So those in the story had not merely been invited, they had already accepted.

But like the son who said yes to his father but didn’t do the work, and like the tenants in the vineyard who wouldn't hand over the fruits to the owner, when push came to shove they would not carry through with their obligations. And as a result, their place was taken by others. Which in the original context meant all those people hanging about with Jesus the Jewish authorities looked down on: tax-collectors, prostitutes, sinners, and even ultimately gentiles.

But then there is a twist: one of the replacement guests, as it were, comes improperly dressed. Saint Augustine of Hippo, the great Fourth Century theologian, suggests that it was actually the practice at such events for the host himself to provide the garment, so there really was no excuse, once you were in, for not being properly attired. It would have represented contempt for what was on offer; and the punishment was appropriately severe: the man was thrown out. And Jesus ends the story with a warning: many are called, but few are chosen.

What are we to make of it all? First, it is a reminder that faith demands action. The original guests had accepted the invitation; but when action was required failed to act, because they thought their other commitments were more important. It is easy for us, like them, to accept God’s invitation in general terms, but when some specific challenge comes to fail to follow through. Jesus calls us, and we say yes. But what is Jesus calling us to today that requires action, even at the expense of upsetting our carefully laid plans?

Second, there is a challenge to evangelisation. When those who were originally invited fail to show up, the king sends out his servants with the command to go out into the streets and invite anyone and everyone. No one is beyond the scope of God’s love: all may come in. We are called to continue to offer that same invitation today, that all may come in, even at the risk of disruption to our cosy ways of doing things. Growing congregations sometimes find that disruption the biggest challenge – but what a good challenge to have to face!

Finally, there is a warning about despising what God offers. Through- out the Bible, a wedding garment is a sign of God’s favour and grace, just as the wedding banquet itself is a sign of God’s relationship with his people. He is the one who offers it, clothing us in his grace, washing away all that defiles us in his sight, inviting us to his table.

When we were brought for baptism, we were most likely clothed in white as a sign of that grace; and it remains an option in the baptismal liturgy to clothe the candidates with a white garment during the service, after the act of baptism for the same reason. And we are called to live in a way that befits the garment of grace we have received, the garment our host provides.

Today’s Second Reading is well-known, traditionally being associated with Advent because of its words about the nearness of the Lord. In the Prayer Book it is the Epistle for the Fourth Sunday of Advent; in the ecumenical lectionary it is read on the Third Sunday one year out of three, which is its original place. But it is also, I think, a picture of what a grace-filled life looks like:

Rejoice in the Lord always. I will say it again: Rejoice! Let your gentleness be evident to all. The Lord is near. Do not be anxious about anything, but in everything, by prayer and petition, with thanksgiving, present your requests to God.

Joy, gentleness, prayer, gratitude, a mind set only on what is good, and a determination always to see the best in any person or situation: these are its marks, the warp and weft of the garment God offers us. What can we do to make them the marks of our own lives, and so be made worthy to come to his banquet? 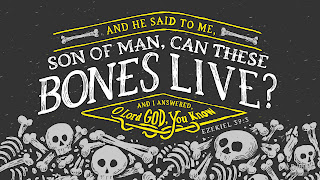