Have a wee seat

The woman I am married to is Scottish.
Some of you have noticed.

This has meant taking on board a new vocabulary – some bits are merely expressions in the English language (or to paraphrase Morecombe and Wise “all the right words but not necessarily in the right order”) unless of course when emotions are running high which means unfamiliar words in dialect which, after being obeyed, need to be looked up.

One of the expressions I’ve needed to learn is that of “having a wee seat” – which (for the North Americans in the room) has nothing at all to do with the dimensions of one’s personal backside, it means that in the midst of energetic output you take a chair.  You sit down - figure out what has happened so far - figure out what needs to happen next.

A wee seat and a cup of tea go together well.  Here in Italy a wee seat and a glass of wine are not incompatible.  There may be an unstated need to justify one’s wee seat because, after all, there are things to do and places to go.  A wee seat necessitates stillness and inactivity.  Why would you take a wee seat when you could be or should be dashing about in improving activity and maintaining your momentum. 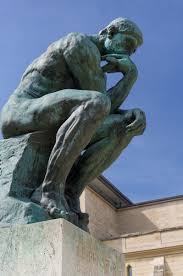 Let me begin this sermon by saying something obvious:  that if you were sailing over the reading at great height you would note that at the beginning there is a large crowd moving in lock step with Jesus in great excitement but that at the heart of the reading, in the parts which Ambra has helpfully highlighted for me in the pew leaflet,  there are two men who are not moving – they are sitting down and thinking.

I had occasion, in one particular part of my education, to watch most of the “Jesus movies” which were made throughout the 20th century.   In the history of such films there is an early black and white silent movie from 1912 called “From the Manger to the Cross” which was the first Bible film not filmed in an American studio or Western European location but filmed in Egypt and the Holy Land.  The film crew became the target of one of the local gangs in Egypt and wore revolvers on their belts. It’s a silent movie, obviously, in 1912.

The episodes are all familiar enough to the viewing audience of the time that they could simply be mimed with large gestures.  The angel Gabriel appears to Our Lady.  With sweeping arms he points to the heavens, he points to her, he points outwards to a future ahead of her.  He disappears.  A highly pregnant woman rides into town on a donkey, wise men appear on camels.  An angel appears to shepherds.  He points to the heavens, to them and then off to a distant Bethlehem.  The shepherds rush to collect their things.  In the portion dealing with Jesus’ calling of his first disciples there two men are chest deep in water casting out small nets into the deep.  There’s not a great deal of research evident as to how men would have caught fish on the sea of Galilee or perhaps the gang had managed to filch their boat but, in any case, Jesus appears on the shore and waves his arms about and points up to the sky.  The two disciples in the lake raise their arms and begin to walk out of the water as if transfixed, as if drawn to him in some sort of tractor beam. Jesus is persuasive, to the point that the limbs of his hearers began to obey him without recourse to the brain.  Inescapable, irresistible or (and here’s a word for the young in our congregation this morning to use correctly at least twice in a sentence this week – I shall check with your parents) ineluctable. In the movie his hearers clearly had no choice

but this morning’s readings are all about choosing - about people having options.

In Deuteronomy the children of Israel are told that God is setting before them the options of “life and prosperity, death and adversity” therefore choose life, says Moses but the choice is up to you.

In the second reading Paul writes to the master of Onesimus – understood traditionally and with reasonable evidence as a runaway slave – saying that this young man who has grafted himself to Paul and to his Christian community is now more useful for the Gospel than he ever was as a household slave back home.    Paul writes to the master saying that the boy is being sent home to face the music but asking him to choose to send Onesimus back as a free man.  It’s up to you, says Paul.  Sending him back to me will be the best thing for you to do but understand right now that it will cost you a slave.   I hope you choose rightly.

Two men in the Gospel parable first sit down.  The word used kaqizo is one which you’re familiar with from the building – the cathedral - which houses the bishop’s chair – his cathedra.   Both men sit down to do their thinking
One, looking forward to a construction project sits down and estimates.  The Greek word used might just as easily be translated as “does his sums or prepares a cost estimate” – dit, dit, dit – ker CHING.  Otherwise his project will never get past the groundbreaking stage and the builder will look like a fool.

A king embarking on a major conflict with his neighbour sits down and considers.  The word used here suggests that he takes counsel from others and that he adds the opinions of others to his own for a sober second look.  If this doesn’t happen he may find that his opponent comes against him with a larger army, with the latest thing in swords and spears and the King may find his head stuck on a spike somewhere.

These people make decisions. The word “decide”, coming to us from Old French and beyond that from Latin, means to cut something (caedare) off (de) - hence, decaedere. It means to fall on one side of an ambiguity by turning away from the other option.

There’s that poem by Robert Frost you read in school about the diverging paths in a forest. If you are a truly decisive person, you will have any number of roads behind you which were not taken and travelled.

It depends what you want. Do you want it badly enough?  Have you considered the cost?  As a salesman, in this week’s reading from Luke’s Gospel, Jesus seems not to want to make a sale at all costs.

Such care is not that common.  You will not find a car salesman who, when he perceives your enthusiasm for a particular make and model says to you.  Hold on:  have you really given this some thought.  Have a wee seat.  Get your calculator out and do the sums and determine what you will have to give up in order to own this car.

You will not find a politician who senses that the rhythm of the crowd is on his or her side and who taps the podium to say “hold on a moment”.  Put down your signs and take a chair.  Have a wee seat everybody and give this some thought.  Have you considered the cost of what you are about to do?

The salesman will be fired.
The politician may lose the certification of his or her party.

And some of us spend rather a long time in those woods looking at Robert Frosts two paths and even attempting to place a foot on each without doing ourselves an injury. We will need to say our “yes” and our “no” to something if we ever hope to get anywhere. We need to come to terms with the fact that decisions are costly.

You may have been surprised at how much being husbands and wives, mothers and fathers, performers of “interesting work”, members of a local church and members of God’s Kingdom has cost you.  It requires of you a positive affirmation of the life that goes along with that decision. You might have been surprised at what these roles required - but you suspected all along that there would be a cost.

All your pursuits - your jobs, your family roles, your engagement with the world and your fellowship in this parish church - require, as a first step, not an immediate application of work and energy but, rather, the answer to that nagging question about what you want.

Your disfunctions as husbands and wives, project managers, diplomats, students, parents, priests or as members of your local church may not be the case because you are incompetent. You do not lack the ability to do any of these things.  You lack the positive desire to do them.  Do you want any of these things badly enough to pay the price for your decision?
Look to the right and the left.  Who are these people?  Who are they to you?  This is your family and Christ would have you united with them.  What are we doing here in this place of transformation – where bread and wine and human personality becomes transformed in God’s hands and redirected for special use.  It’s wonderful.  But there is a cost to that – a coin to be paid, energy to be expended and risks to be taken.  There is a cost to your social schedule and a cost to your fabric as you contribute to the work of your local church.  If you are not a member of this church because you are a tourist in Rome then in your minds eye look laterally at the people in your own community back home – the men and women and young people who are no blood to you but with whom you are united in common cause.

If you are not behaving sacrificially with respect to your family.  If you are not on board at work in such a way that you can be depended on.  If you’re hanging on the edge of any endeavour it will not be because you cannot.  It is because you will not make a decision.