Come Away My Beloved! 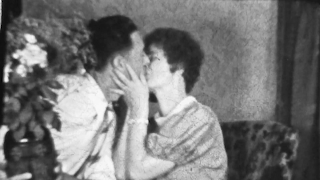 The Fifteenth Sunday
after Pentecost
Proper 17 – Year B
Song of Solomon 2:8-13

The voice of my beloved!
Look, he comes, leaping upon
the mountains, bounding over
the hills…..
My beloved speaks and says to me: "Arise, my love, my fair one,
and come away;”

You’ve seen the movie.  You read the novel.  The woman debarks from the airplane, dragging her defective cabin baggage through the endless expanse of an airport on her way to domestic arrivals.  As she’s passing Gate A5 she notices the man sitting in the waiting lounge with his laptop open.  He’s a little older now but he’s still the same man she knew in another life.  His gaze shifts to the left and for an instant they lock eyes.  In a trice the lost years tumble back into being, the music of another decade, the landscape of other places, the smell of cologne, the scraps of long-forgotten words spoken between people.  Their respiration and heart rates increase.  He forgets he has a laptop open in front of him.  She forgets her suitcase is broken.  And then……

Nah.  You’ll need to wait for a future instalment of the Weekly Bob to find out how it comes out in the wash.  But if I told you, wearing my clerical collar and looking at you over the top of my specs, that what I’m working on here is an allegory of God and Israel or Christ and his Church you’d express incredulity or even disappointment.

This is all a piece about human affections, please Father.  It’s got a pronounced sexual element to it as well, don’t you think?  We know you well enough to know you weren’t raised in a glass beaker jar.

No, you’re right, I wasn’t.  I don’t, however, think that the Song of Solomon is some early version of Nine Loves Has Nurse Susan which made its way into the Hebrew Scriptures and thence into the Christian Bible by accident or oversight.  The Rabbis made sense of it as telling the story of God and humanity.  Rabbi Akiva, in the first century of our era, is on record criticizing those who sing these verses in taverns.   The Song of Solomon forms the heart of the mystical writings of St John of the Cross and St Teresa of Avila.  A good love story?  A religious allegory?  One or t’other?  Both/and?

The imprecations of Rabbi Akiva fell on deaf ears.  In the first century tavern, between choruses of “Arise My Love, and Come Away” revellers also told stories of cunning and importunity:

I knew a man who walked through a field and spied a hidden treasure.  Quick as a flash he sold everything and bought it.

What about that old widow who couldn’t get a judgement in court?  Sure, she showed up on a Friday night and banged on the judge’s door with a rock until the poor man came down in his housecoat and slippers and rewrote the judgement for her on his doorstep just to be rid of the old bat.

What do you think, says Jesus, telling the sort of story of longing and outrage one might hear in a tavern.

You could tell the story of God's approach to humanity with recourse to well-worn religious ideas and high principles.  When you boil it down, though, the rabbis, Jesus himself as well as the later Christian mystics preferred to take human longing, desire and hunger as their launchpad.  These stories of longing are infinitely more comprehensible.  They reveal what we have at hand and what we are missing.

I desire to see his face.
I want to be held in his arms.
I want to find the treasure.
I am aggrieved and want the crushing sense of injustice within me to depart.

It is a rawness which I know as hunger, as fatigue with chronic poverty, as a desire to be reconciled to my circumstances, as desire for my beloved.

I can feel it.  It’s right here.
It causes not only my mind but even my flesh to stir.

One glimpse of the object of my desire would reset life’s clock to zero.