Putting the faith of Abraham to the test. 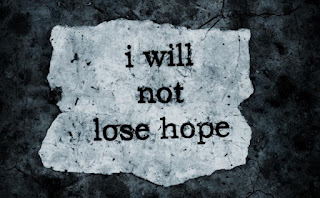 Give us some control, at least.

We would avoid magical explanations.   Believing in magic risks bringing us back to a world of leeches, gnomes and fairies.  We had centuries of that.  We’ve had a belly full, in fact.

Faith remains the opposite of certainty for many of the people we know.  We know people who are stuck and can’t move forward.  We may feel that way ourselves.  Faith is a hard case to argue to poor people or unfortunate people or excluded people or condemned people who would like nothing more than a certain path forward or, at least, a damned good reason to put up with the way the chips have fallen.

It’s what Saint Paul does, though.  He says that the best thing – the only thing – we have in hand is this diaphanous, invisible thing called faith and that it holds the key to what our lives will look like.  Faith in God has gotten people up from where they’ve fallen, it has brought them to where they have no necessary right to be.  It builds community where there should be enmity between factions.  It removes condemnation.  It sets us among the saints.  It's a thing.

Paul begins with a bit of history.  "Abraham", he says, "is the father of us all".  It might not be clear to every modern reader the extent to which these are fighting words.  There are some who were listening to St Paul, or reading the letters which he wrote, who would have said:


Paul throws a wrench into this implied necessity:  things are not the way they must be - they are the way they could be when men and women believe that God will do what he says he will do.

We are all children of Abraham when we do what Abraham did which was:

We are being asked to believe  - to believe that we can be a part of God’s family and can find a place in his Kingdom in spite of who we know ourselves, in our weakness, our exclusion and our sinfulness, to be.  And there is abundant evidence in the family of faith that the barriers begin to drop, not when the conditions become optimal again, but that life regains its fluidity

because God has promised
and the human person has taken the risk of believing again.

Believe it?  Put it to the test.