You know what time it is!

The First Sunday in Advent - Year A

A statement.  There is no question mark:  You have enough information to know that the school bus is coming or that you risk being late for work if the traffic is heavy.  No doubt it’s tax time somewhere in the world.  The mailing limit for Christmas presents is almost here.  Don’t you owe the world a better degree of attention? 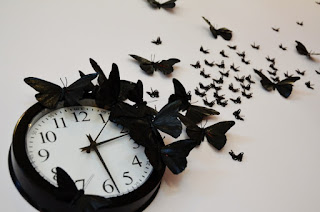 What do folk say in response?  Answers are at the ready:  How time flies—where have the years gone—goodness is it that time already?  Time, it seems, is something which catches up with us like a predator. We present ourselves as victims of time.
A quick survey of the readings during the four Sundays in Advent reveals that there are lots of people not paying attention to the movements in the world and the movements of the Kingdom of God which are happening around them.  A voice cries in the wilderness—a young woman conceives a child in a provincial backwater—a stump produces a shoot—the thief arrives in the dead of night.  We’re not alone.  Plenty of people are not paying attention.
Which makes you special, then. This Sunday you are going to be privy to what Jesus said to his disciples :
Keep awake, therefore...
or there amongst the Christians of Rome to whom Paul wrote:
You know what time it is, how it is now the  moment for you to wake from sleep.
You have choices to make and a life to be greeted with open eyes and clear vision.  There is darkness to put off from us, to cast out from within us and to resist around us. There is never enough time for those who will not redeem the time they have been given by being wakeful. God is at work in the world and you are invited to join him.  The time is now—in this mortal life.  Now—in the year which begins this Sunday.  Here—in the place where we live and amongst these people beside us.