Too simple by half 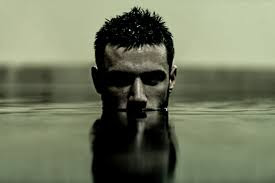 Naaman, the Syrian general, had travelled a long way to Elisha’s door only to be greeted by a servant and told that Elisha’s prescription for his leprosy was to go down and wash in the Jordan River.   Maybe the servant needed to point the way for Naaman:  That way - down the hill.

The Jordan, after all, is not the biggest of rivers.

Clearly Naaman had expected something a more personal.  Elisha’s bedside manner didn’t quite suit him.  He raged about being an important man from a big country which had better rivers than this silly trickle of brown water in Israel.  What sort of way was this to treat a significant foreign visitor?  Et-cetera.  Et-cetera.

Naaman had to be convinced, ultimately, to take the simple steps which were being suggested.  Had Elisha come rushing out of his house chanting liturgical formulae and invoking the Almighty in dramatic fashion and had he set for Naaman some great and difficult quest, the general would have complied with little fuss.  Why not even more so when the prophet gives him a simple command?  After all - it’s just essential information.  Forget the trappings.

The things that face us are not always simple.   It would be a misuse of this Sunday’s Old Testament reading to suggest that there is a simple remedy to all that ails us.  On the other hand our capacity to avoid simple remedies is really quite startling.  We can sit staring at the problem for a very long time while it grows arms and legs.  We’ll work on the problem eventually but first - a cup of coffee.  We’ll decide whether we like the messenger first, the servant, the counsellor, the parish priest.  We’ll get a second opinion while the blatantly obvious stares us in the face.

The problem isn’t that we haven’t figured things out.  We’re often times too clever for that.  We don’t want to be brought down a notch.  We’re simply not prepared to make a start and put one foot in front of the other and head down the slope or to put our toe in the water when we arrive at the river bank.

It’s human nature.  Hence the remembering of this story in the Hebrew Scriptures.  Hence this Sunday’s sermon.