Naming the Saints of God

We set sail from Troas and took a straight course to Samothrace,
the following day to Neapolis, and from there to Philippi…

When the train arrives at the station here in Clermont Ferrand the crowds pour out of the up escalator at the Gare. Crowds at rush hour are pretty anonymous – a nameless mass of moving humanity. You can quickly ascertain who has somewhere to go immediately and who doesn't. The ones with a determined look and a quick pace disappear quickly while the others stop for coffee or stand on the corner talking with their friends. Grab one of the quick ones in your imagination. “Where are you going?”you ask.

“I have a class at 8 o'clock at the university.”
“I have a sales call in fifteen minutes”.
“My appointment at the hospital is this morning and I want to be early in line.” 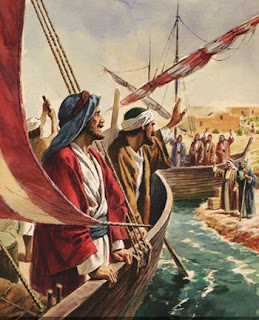 Newly arrived at Philippi from the dockside at Neapolis long ago Saint Paul lingered with a few of his fellow workers in the high street. He'd been conveyed inland to the right town but hadn't yet been told where he was to present himself. There he stood with his secretary (Luke - carrying the stationary case) and a couple of associates knowing only that God had told him in a vision to come here and be of help to the struggling local church – wherever it was. Together they intended to go where the church would likely meet. They would be shown what to do next.

Take some time to read through Acts 15-17. God was clearly out and about in the Roman Empire. He was bringing men and women to faith in large centres and in out-of-the-way places. He was bringing strangers together in the towns and cities of the Empire. They were small business people, they were household servants – Jews and Gentiles. The Christian establishment back in Jerusalem was now being called on to be fellow workers with God in the process which he was initiating and with the people who he knew already. All Paul and his friends needed to do was to make themselves available and to weather the uncertainty. They were to “loiter with intent”.

Our story began with a vision from God which St Paul received of an unnamed man in Macedonia pleading for help. It's an imprecise commission but it prompted Paul and his associates “immediately” to get on the next boat. What follows in the rest of chapter 16 and into chapter 17 is a rush of personal names and place names – difficult words which will daunt whoever reads the second lesson this Sunday. Luke goes to length to name these people. The anonymity collapses and personalities emerge. These are the building blocks of the church which God builds.

Do we talk in our churches about Outreach and Mission as if they were projects which began and ended with us? Have we forgotten that the Spirit of God is already abroad in the world? Our role is much more to respond to what he has already begun in hearts of people who we hope to have the honour of being able one day to name and to know. 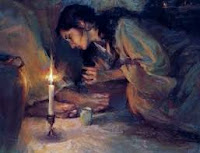 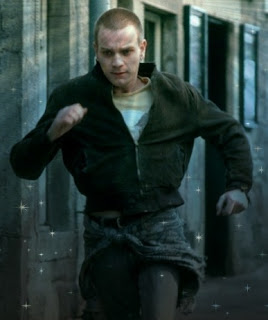 Here and now the choice is made.